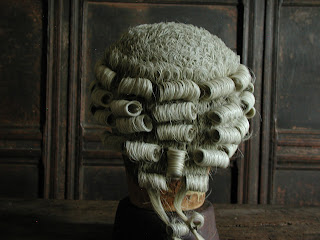 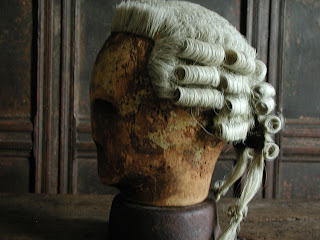 I know that I prefer to wash my hair daily and periodically go to the hair salon to get it cut and dyed. And maybe if I ever get up enough nerve I might even have it dyed blue. But THAT is the extent of my own personal hair adventure.
Posted by Finegan Antiques at 7:48 PM 7 comments:

I thought it was time to share with you some more lovely 17th and 18th century words. You can use these to dazzle your friends.

ROUT- A clamorous party. In 1772 Anna Winslow: "went directly from it to Miss Caty's rout.

POT VALIANT- Brave only when stimulated by drink. In 1696 Gordon Saltonstall wrote, "Foolish if not pot-valiant firing and shooting off guns."

PORTMANTEAU- A bag for carrying apparel on a journey, especially on horseback.
Posted by Finegan Antiques at 5:27 PM 7 comments:

PICTURES FROM THE ANTIQUE SHOW 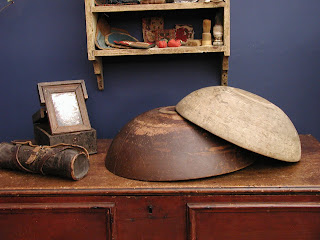 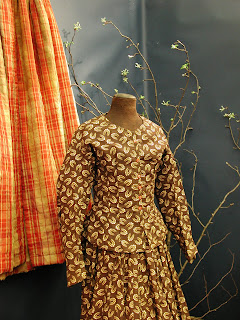 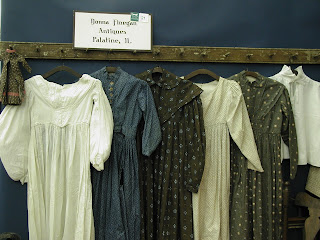 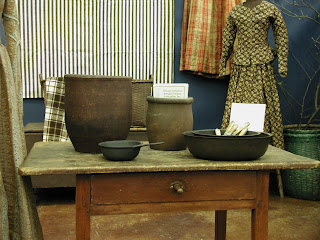 The following are a few pictures of my booth at The Fox Valley Antique Show this past March.
Posted by Finegan Antiques at 5:52 PM 9 comments: