ALWAYS ON THE MOVE 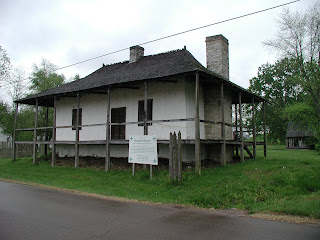 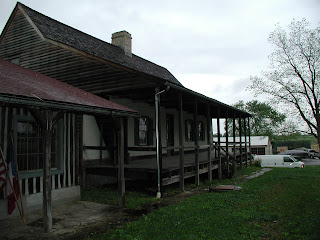 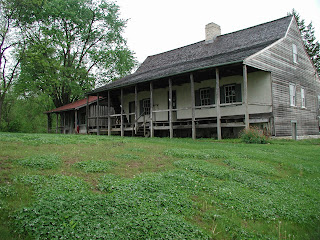 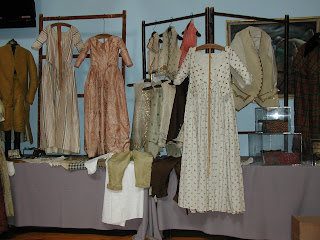 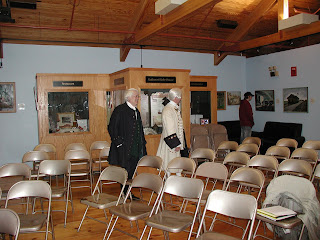 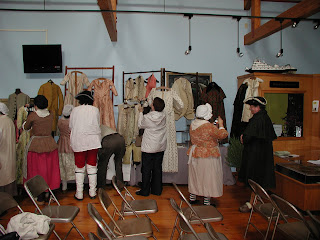 A couple of weeks ago I had the privilege of doing both an exhibition and two lectures on 18th century clothing in the historic town of Sainte Genevieve, Missouri at the 23rd Ecole de Soldat presented by The Milice de Ste. Famille. What a weekend! The town of Sainte Genevieve, on the banks of the great Mississippi River, has the largest collection of 18th century French houses in the country. Who knew? I didn't. It was settled in the late 1740's and was one of several important French towns that was known collectively as the "Illinois Country". The surviving buildings were done in the "French Colonial"style. They were constructed from huge logs that were hand hewn and set vertically to form the walls of the structure. These buildings were mortised and pegged and their massive timbers supported hipped roofs covering both the houses and the porches. Examples of this type of construction and architectural style can be found in Quebec and Normandy. Sainte Genevieve is simply a wonderful historic gem. www.ste-genevieve.com/histsite.htm.

As for my exhibit and lectures I could not have asked for a more appreciative and warm audience. The majority of the audience was comprised of re enactors from the The Milice de Ste. Famille. Their reproduction clothing was wonderful and they all had a great eye for detail. After my lecture, most of the re enactors stayed for about 2 1/2 more taking pictures of my exhibit and asking really good questions. What a fantastic bunch of people.

If you ever get a chance, go to Sainte Genevieve which is about one hour south of St. Louis. You definitely will NOT be disappointed.
Posted by Finegan Antiques at 5:36 PM